I got used to it. As one eventually does. With anything...

Mofli and Albatross (Alba) had their own bedroom, containing, amongst other paraphernalia, a "human size" single bed, which they shared. This arrangement worked well,  with Alba asserting her superiority by choosing which part of it she would sleep in and - as it was impossible for her to occupy the entire surface - Mofli happily accomodating himself accordingly.

Needless to say, due to Mofli's aforementioned shortcomings, this room contained none of my own possessions - or at least, none that I cared about enough to not want stolen, chewed to pieces or destroyed in, perhaps, some other newly divised manner.  On top of the mattress were two large towels, one for each dog. At bedtimes, Mofli would push and paw at his towel for what seemed like ages, using his snout and forepaws to arrange it into a crumpled heap, before throwing himself down on top of it with a heavy sigh and loud grunt. To the inexperienced eye, the resulting arrangement beneath Mofli's head looked like a randomly screwed up towel, but I knew better - he knew exactly how he wanted it, hence his lengthy bed-making procedure.

Not so with Alba - she would happily allow me to place the towel (or her "nice 'n warm" as it was known) over her body, stroke her head and curl up to sleep. 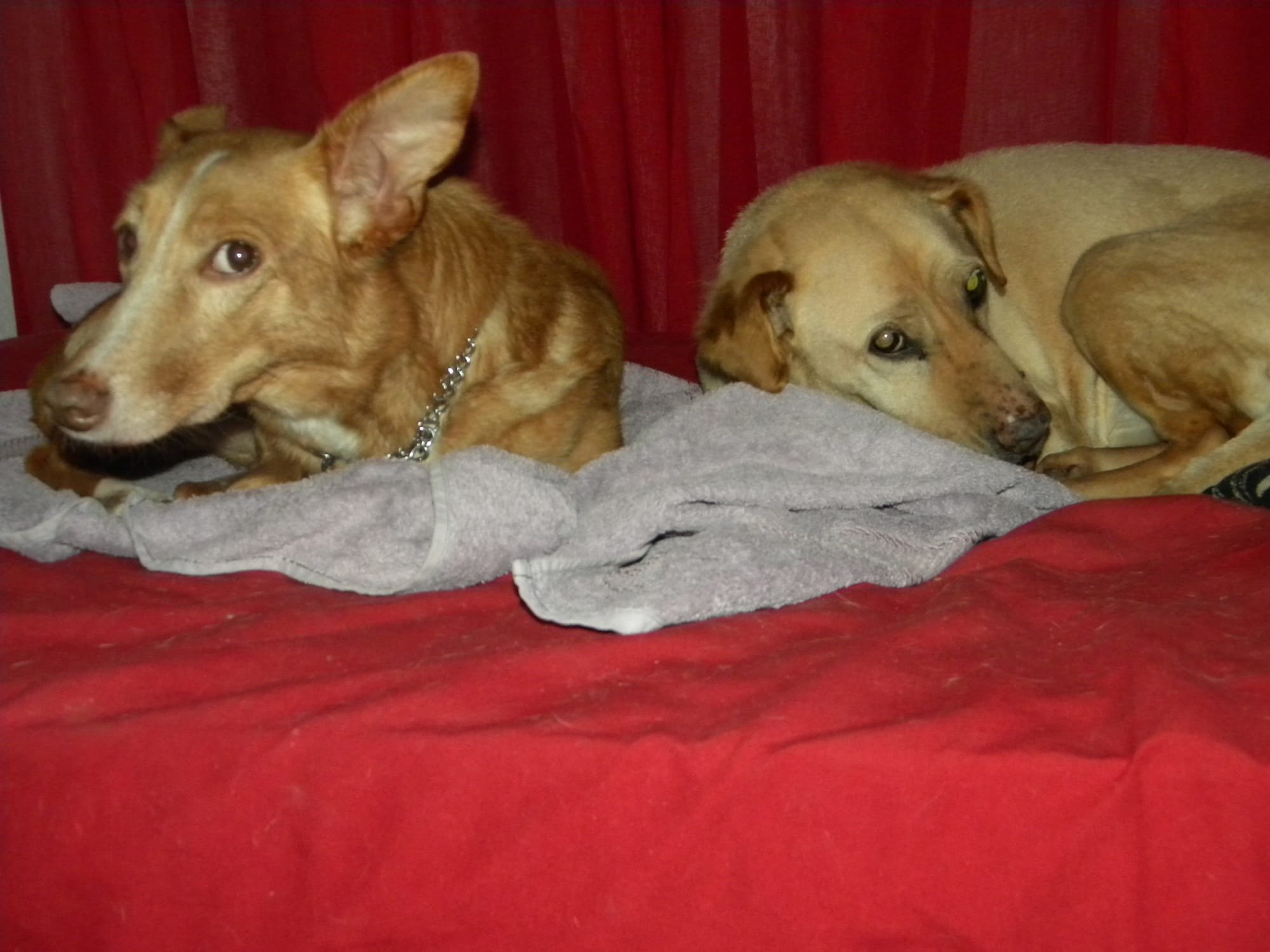